The Virtual Eye Golf team supplied our graphics services at five tournaments in August, beginning with the Womens British Open Championship at Kingsbarns Golf Links in Scotland. Next up was the US PGA Championship at the Quail Hollow Club in North Carolina, where we use Trackman’s ball-tracking capabilities on tee shots within a 3D hole model while simultaneously showing the golfer hit the tee shot; and while also providing flyover animations to give a second-shot perspective once the ball comes to rest (see video from the 2016 PGA).
Ken Aagaard, EVP of innovation and new technology at CBS Sports, says "We’re very excited to have [ARL/Virtual Eye] on a lot more holes this year because it adds a whole other dimension. As a production tool, it’s a great way to be able to show the viewer where the ball is going, and it gives you a place to be able to illustrate some of the new data we have, like ball speed, arc, and distance, which are really cool. And we’re now able to do it in a way that fits right into the broadcast, which is what’s most exciting for me: when we can put a technology into the broadcast and it feels normal, that means we’re not forcing anything in. It adds a lot of production value; that’s always been our goal."
The rest of August saw our Golf operators at the Saltire Energy Paul Lawrie Matchplay tournament in Germany, the Made in Denmark tournament at Himmerland Golf & Spa, and the D+D REAL Czech Masters at the Albatross Golf Resort in Prague. Virtual Eye Sailing also provided graphics and tracking at the 2017 Rolex Fastnet Race from England to Ireland and back, 605 nautical miles covered by 400+ boats, the largest offshore race on the planet. 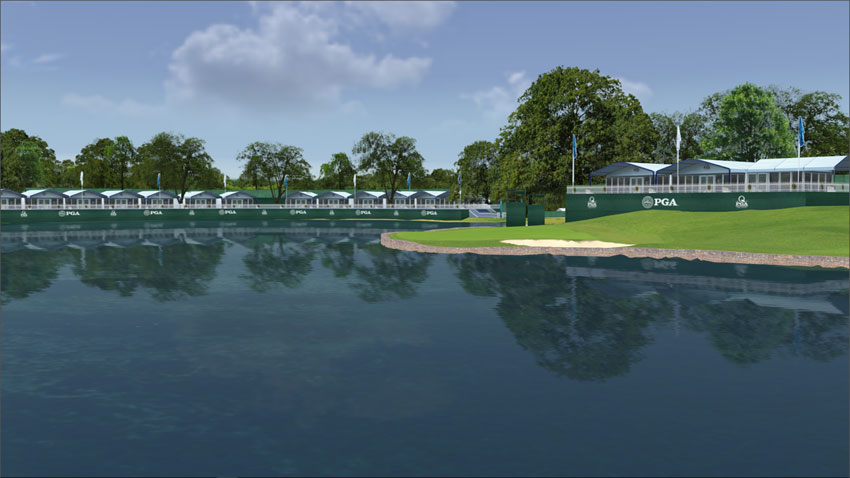