ARL Sports Division, Virtual Eye, has a history with the America's Cup that goes all the way back to 1992 - when our 'Winged Keel' software was able to show the racing Live on broadcast television via 3D graphics, and explained the event in a way that had not been possible beforehand...

The America's Cup media team showcases Virtual Eye during the 36th America's Cup... it's usually the other way around. 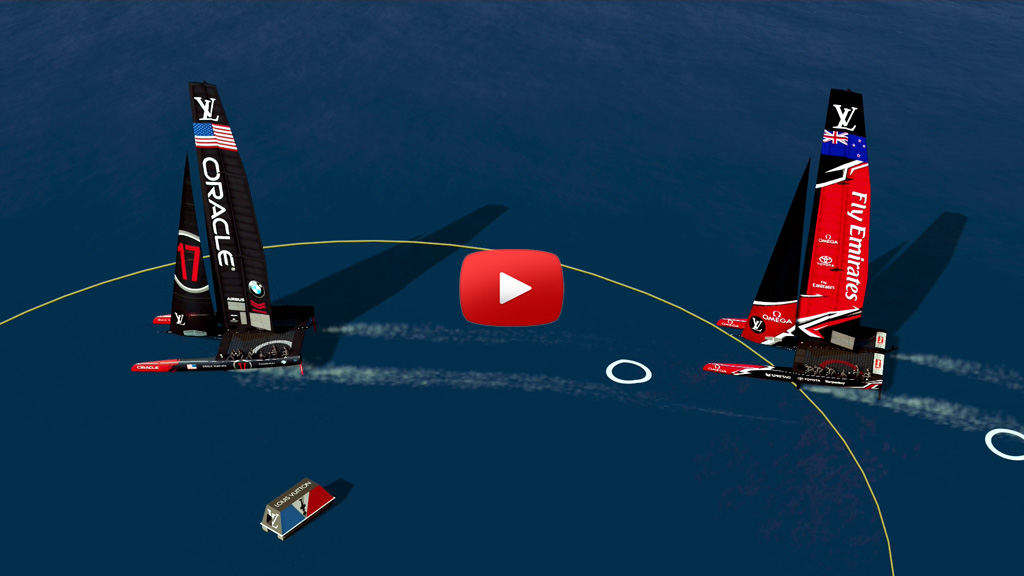 The 34th America's Cup in 2013 saw not only entry of the term 'hydrofoiling' into the lexicon, but also a new breed of audience-focused event media. The America’s Cup Official App featured live racing with multichannel video, an interactive 3D live racing viewer, SMS updates, a live leader board, live commentary and live on-board audio. The AC App social feed allowed live comments and chat with event media and officials. In 2014, the America’s Cup Official App won an Emmy for 'Outstanding New Approaches in Sports Event Coverage' at the 35th Sports Emmy Awards in New York.

1 2 3 4 5 6 7 8 9 10 11 12
Above: Interactive displays, multiplayer VR setups, sailing simulators and grinder simulators are just some of the extras we routinely bring along to AC events.